The paths of total solar eclipses care not for political borders or conflicts, often crossing over war-torn lands.

Such was the case a century ago this week on August 21st, 1914 when a total solar eclipse crossed over Eastern Europe shortly after the outbreak of World War I.

Known as the “War to End All Wars,”—which, of course, it didn’t—World War I would introduce humanity to the horrors of modern warfare, including the introduction of armored tanks, aerial bombing and poison gas. And then there was the terror of trench warfare, with Allied and Central Powers slugging it out for years with little gain.

But ironically, the same early 20th century science that was hard at work producing mustard gas and a better machine gun was also pushing back the bounds of astronomy. Einstein’s Annus Mirabilis or “miracle year” occurred less than a decade earlier on 1905. And just a decade later in 1924, Edwin Hubble would expand our universe a million-fold with the revelation that “spiral nebulae” were in fact, island universes or galaxies in their own right.

Indeed, it’s tough to imagine that many of these discoveries are less than a century in our past. It was against this backdrop that the total solar eclipse of August 21st, 1914 crossed the eastern European front embroiled in conflict.

But unfortunately, no celestial spectacle, however grand, would save Europe from the conflagration war. In fact, several British eclipse expeditions were already en route to parts of Russia, the Baltic, and Crimea when the war broke out less than two months prior to the eclipse with the assassination of Archduke Ferdinand on June 28th, 1914. Teams arrived to a Russia already mobilized for war, and Britain followed suit on August 4th, 1914 and entered the war when Germany invaded Belgium.

The Great American Solar Eclipse, Monday August 21, 2017 is (not surprisingly) not significant to the Hebrew calendar as far as feast days are concerned. That is because this is a sign to gentile nations, particularly the USA. 33 days after this eclipse the Revelation 12 sign alignment occurs. This day is Yom Teruah, Day of Trumpets Rosh Hashanah. The Civil New Year (Celebrated as the birth day of the Messiah because of the sign in Revelation 12:1-2. Yes, despite the Judaism rejection of the New Testament they are aware of the sign).  It has traditionally been held that Yom Teruah in Year 6000  (5777), which we are in at the time of this publication, will herald the coming of the Messiah. It begins 10 days of awe to make wrongs right before Yom Kippur. The following day is…
​
The fulfillment of the great sign in Revelation 12. September 23, 2017.

This is then followed by…
Yom Kippur, or the “Day of Atonement”, which is 7 days after the Revelation 12 sign on September 23, 2017.  It is the Sabbath of Sabbaths, and was the only day when the High Priest went into the Most Set Apart Place to make atonement for Israel. This foreshadows a future work that the Messiah will do for Israel. Yom Kippur 2017 will start the evening of Friday, September 29, 2017.

Much of biblical and secular history is circular (repeats itself). It is interesting to note that in the year 687 BC God sends Jonah to the people of Nineveh with a warning because of their violence and their wickedness….
Jonah declared…in 40 days  thy destruction cometh. “Jonah began to enter into the city a day’s journey, and he cried, and said, Yet forty days, and Nineveh shall be overthrown. ” Jonah 1:1-4. They repented, and God spared them judgment.

God warning is coming upon the USA to repent and turn back to Him. Will The USA repent and be spared God’s judgment? 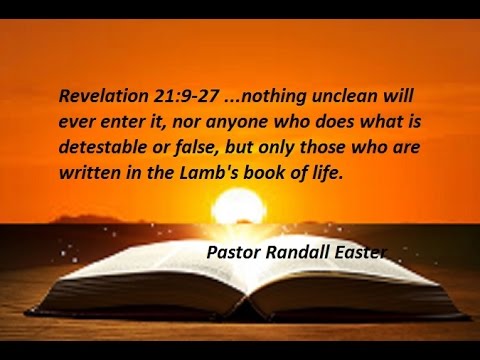 I heard the idea that during the High Holidays, God writes one’s name in a book. Where does this concept come from, and how can this concept bring meaning to the holidays for me?

Yom Kippur is the holiest day of the year—the day on which we areclosest to God and to the quintessence of our own souls.

It is the Day of Atonement—“For on this day He will forgive you, to purify you, that you be cleansed from all your sins before God” (Leviticus 16:30).

Musaf, which includes a detailed account of the Yom Kippur Temple service; Minchah, which includes the reading of theBook of Jonah; and Neilah, the “closing of the gates” service at sunset.

We say the Al Chet confession of sins eight times in the course of Yom Kippur, and recite Psalms every available moment.

The day is the most solemn of the year, yet an undertone of joy suffuses it:

a joy that revels in the spirituality of the day and expresses the confidence that G‑d will accept our repentance, forgive our sins, and seal our verdict for a year of life, health and happiness.

The closing Neilah service climaxes in the resounding cries of “Hear O Israel . . . God is one.” Then joy erupts in song and dance (a Chabad custom is to sing the lively “Napoleon’s March”), followed by a single blast of the shofar, followed by the proclamation, “Next year in Jerusalem.” We then partake of a festive after-fast meal, making the evening after Yom Kippur a yom tov (festival) in its own right.

One thought on “40 day warning”