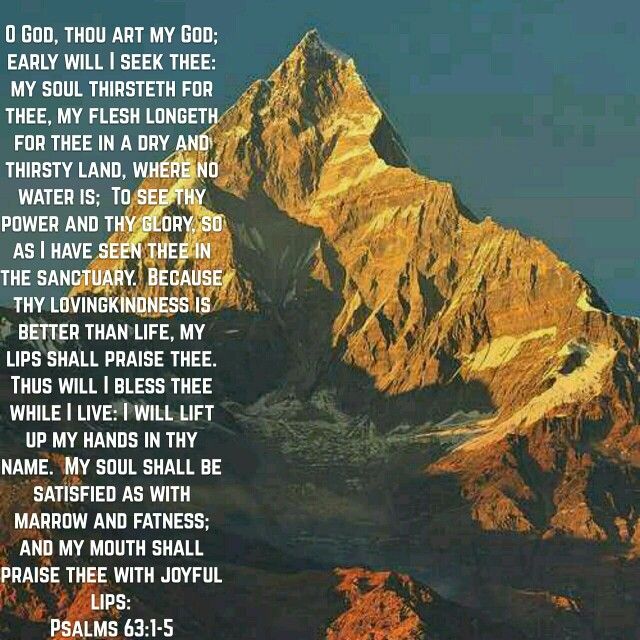 Some might wonder why God thought so highly of David. Part of the answer is that, in spite of his lapses, David usually wholeheartedly sought God’s will. He didn’t withdraw from the responsibilities of life. The biblical record shows that, the more conditions around David deteriorated, the more he grew in character.

David remained faithful to God throughout his life. His loyalty to His Creator was beyond question. Read about his reliance on God in the psalms of David. He was “the sweet psalmist of Israel” (2 Samuel 23:1).

Luke writes in the book of Acts the assessment of the apostle Paul, that David was a man after God’s own heart. God, wrote Paul, “raised up for them David as king, to whom also He gave testimony and said, ‘I have found David the son of Jesse, a man after My own heart, who will do all My will’ ” (Acts 13:22). What a tribute to the former shepherd boy who became king!

Further, a great scripture to meditate on is found in Job. In God’s own words, He makes known His majestic supremeness, worthy of our reverence same as David had….

The Lord Reveals His Omnipotence to Job

38 Then the Lord answered Job out of the whirlwind, and said:

2 “Who is this who darkens counsel
By words without knowledge?
3 Now prepare yourself like a man;
I will question you, and you shall answer Me.

4 “Where were you when I laid the foundations of the earth?
Tell Me, if you have understanding.
5 Who determined its measurements?
Surely you know!
Or who stretched the line upon it?
6 To what were its foundations fastened?
Or who laid its cornerstone,
7 When the morning stars sang together,
And all the sons of God shouted for joy?

8 “Or who shut in the sea with doors,
When it burst forth and issued from the womb;
9 When I made the clouds its garment,
And thick darkness its swaddling band;
10 When I fixed My limit for it,
And set bars and doors;
11 When I said,
‘This far you may come, but no farther,
And here your proud waves must stop!’

12 “Have you commanded the morning since your daysbegan,
And caused the dawn to know its place,
13 That it might take hold of the ends of the earth,
And the wicked be shaken out of it?
14 It takes on form like clay under a seal,
And stands out like a garment.
15 From the wicked their light is withheld,
And the upraised arm is broken.

16 “Have you entered the springs of the sea?
Or have you walked in search of the depths?
17 Have the gates of death been revealed to you?
Or have you seen the doors of the shadow of death?
18 Have you comprehended the breadth of the earth?
Tell Me, if you know all this.

19 “Where is the way to the dwelling of light?
And darkness, where is its place,
20 That you may take it to its territory,
That you may know the paths to its home?
21 Do you know it, because you were born then,
Or because the number of your days is great?

22 “Have you entered the treasury of snow,
Or have you seen the treasury of hail,
23 Which I have reserved for the time of trouble,
For the day of battle and war?
24 By what way is light diffused,
Or the east wind scattered over the earth?

25 “Who has divided a channel for the overflowing water,
Or a path for the thunderbolt,
26 To cause it to rain on a land where there is no one,
A wilderness in which there is no man;
27 To satisfy the desolate waste,
And cause to spring forth the growth of tender grass?
28 Has the rain a father?
Or who has begotten the drops of dew?
29 From whose womb comes the ice?
And the frost of heaven, who gives it birth?
30 The waters harden like stone,
And the surface of the deep is frozen.

31 “Can you bind the cluster of the Pleiades,
Or loose the belt of Orion?
32 Can you bring out Mazzaroth[a] in its season?
Or can you guide the Great Bear with its cubs?
33 Do you know the ordinances of the heavens?
Can you set their dominion over the earth?

34 “Can you lift up your voice to the clouds,
That an abundance of water may cover you?
35 Can you send out lightnings, that they may go,
And say to you, ‘Here we are!’?
36 Who has put wisdom in the mind?
Or who has given understanding to the heart?
37 Who can number the clouds by wisdom?
Or who can pour out the bottles of heaven,
38 When the dust hardens in clumps,
And the clods cling together?

39 “Can you hunt the prey for the lion,
Or satisfy the appetite of the young lions,
40 When they crouch in their dens,
Or lurk in their lairs to lie in wait?
41 Who provides food for the raven,
When its young ones cry to God,
And wander about for lack of food?